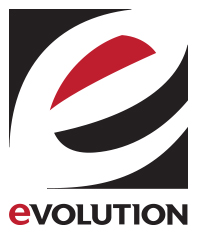 We are privileged to welcome Scott Venes to our team here at Evolution Sails Gold Coast. Scott will be taking on the role as Loft Manager here at our Brisbane Road loft, and brings with him a wealth of knowledge and experience gained from a life time involvement in sailing, sail making and membrane production.

For the last 17 years Scott has been running a large sail membrane production plant in Melaka, Malaysia. Initially for Sobstad Sails then later for new owners Quantum Structural Membranes, this production plant services a network of Sail Lofts mainly in the Northern Hemisphere for its US owned manufacturer.

Scott had an early introduction to the marine industry whilst still attending school at Pittwater House on Sydney’s northern beaches, securing work with MacConaghy Boat Builders during school holidays. Later, he then completed a Sail Making apprenticeship with Garry Geitz at Olympic Sails, whilst sailing competitively in dinghies, 12’ Skiffs and 505’s.

In 1989 he moved to Brisbane where he worked with Fraser Sails before opening his own loft under a franchise arrangement with Sobstad Sails.

Scott recently returned from Malaysia, ahead of his family, to live permanently in Australia again and is busy reconnecting with earlier contacts he made in S E Queensland. Now promoting the Evolution Brand, you will no doubt see Scott at local clubs and marinas and of course out there on the race course sailing as much as possible.

If you would like Scott to come out and discuss membranes or other racing sails with you, please feel free to give him a ring here in the loft on 07 55377433. 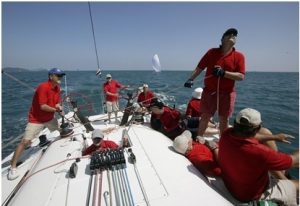 Advice from a Sailmaker to a brand new cruising couple